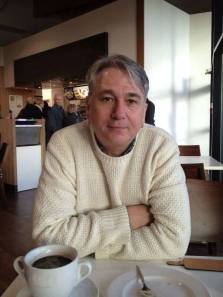 Became Vicar on 10th September 2014 of Stretton and Appleton Thorn.
Before this, Alan was Team Rector in the Halewood and Hunts Cross Team in the Diocese of Liverpool. Alan's occasional blog can be found here.
Alan is on Twitter - his personal account is @StratoMagic and he also tweets as @VicarAlan.